We Do It All For Raised Grain 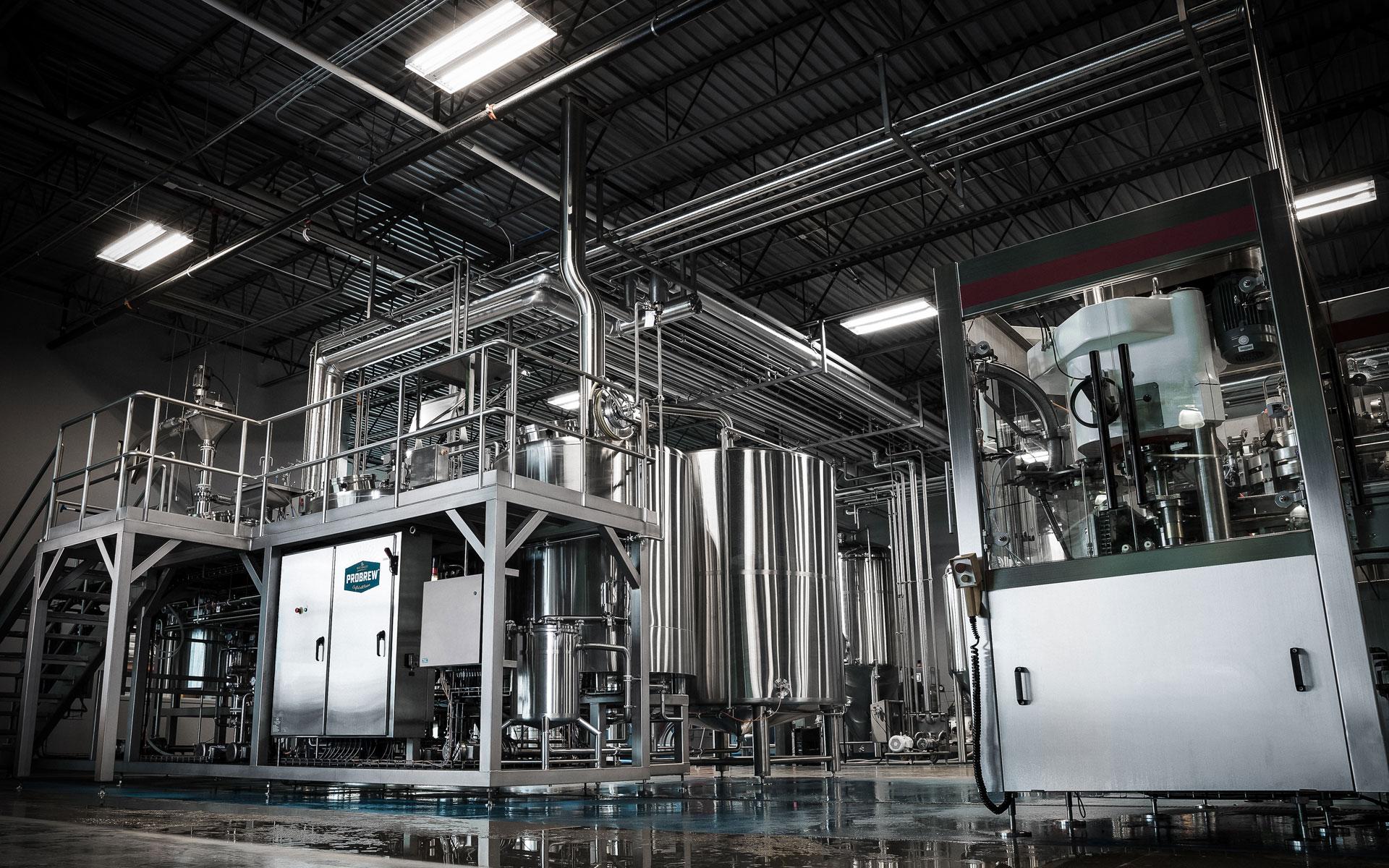 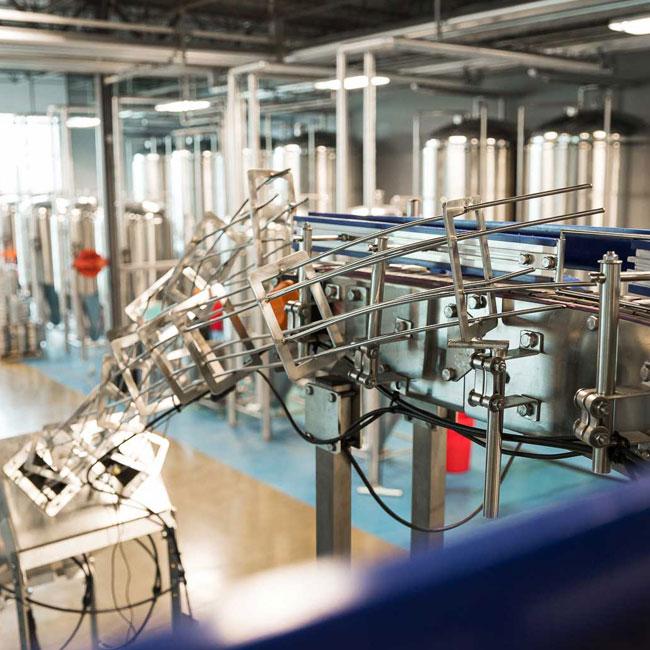 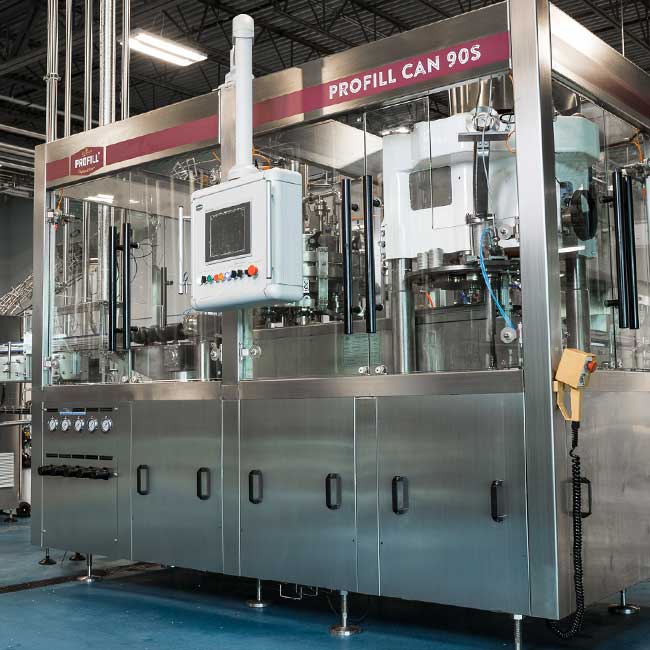 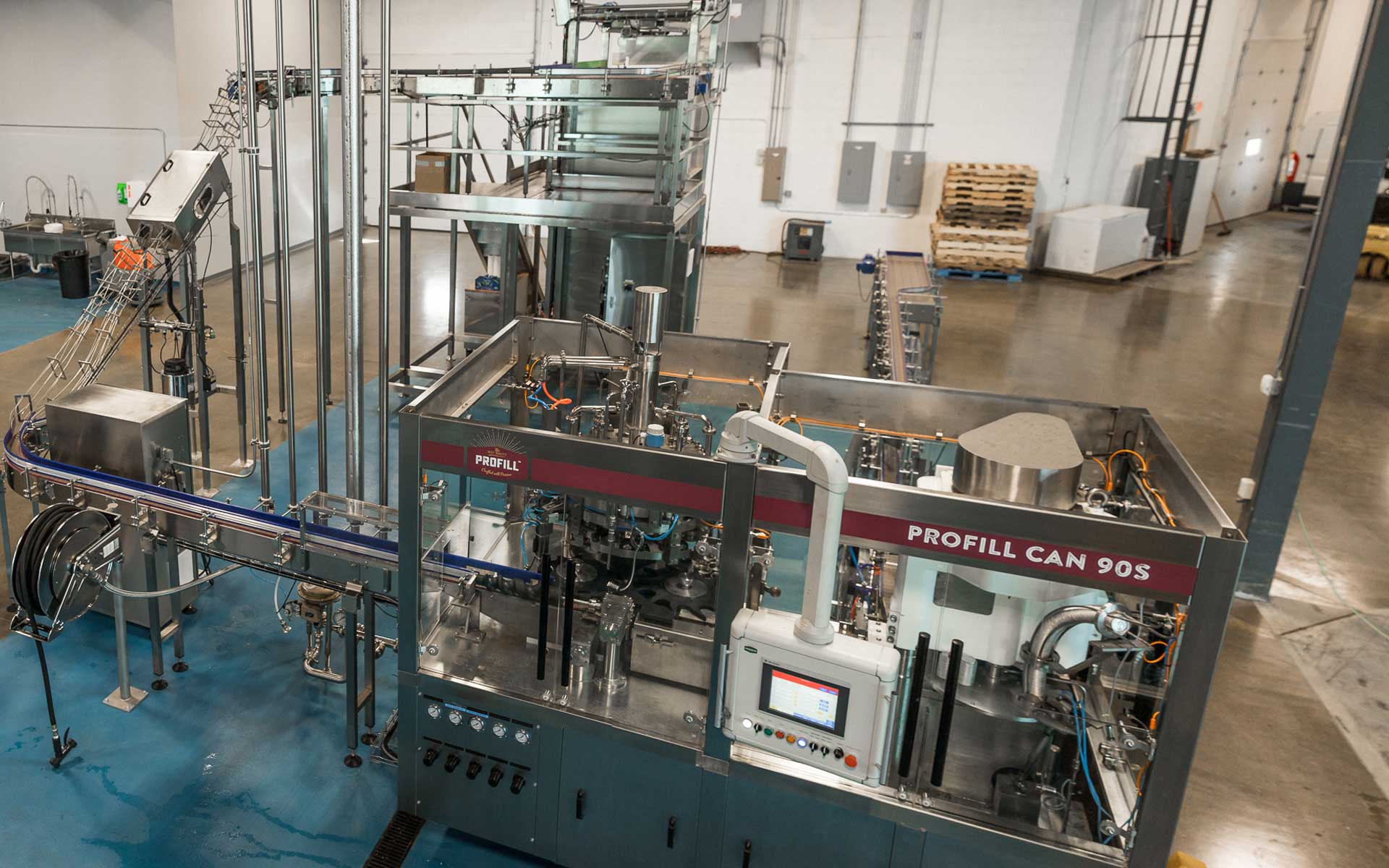 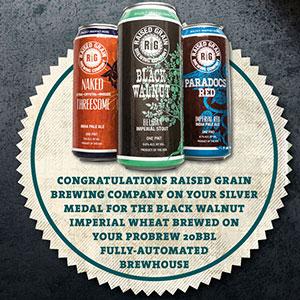 What do you do when you have a successful medical practice, a spouse, a nice house, and all your kids leave for college? If you’re homebrewing buddies Scott Kelley and Jimmy Gosset, you start a brewery.

Raised Grain Brewing Company in Waukesha, Wisconsin is a late-career passion project for the two old friends, who reconnected many years after first meeting in med school.

It’s also the de facto new showroom for ProBrew, who built them a complete brewhouse, cellar, and packaging system. ProBrew president Derek Deubel couldn’t be prouder: “We’re really excited to be partnering with Raised Grain. Not only are we proud of the work we’ve done for them, but now we have a kettle to pallet operation we can take people to and show them that we really do it all.”

What Do the Docs Have on Tap?
Scott Kelley’s beer roots are old-school Wisconsin legit – or should we say “Old Style” legit? His father worked for G. Heileman Brewing in LaCrosse, after all. Jimmy Gosset was a casual homebrewer, and when they ran into each other at a party, he invited Kelley over for a beer and later for some brewing.

Kelley got the bug, and he and Gosset started producing gallon over gallon of beer. “It got to the point that we’d have eight beers on tap at any given point in time,” he recounts, and their friends were responding very well. “People would ask to get their growlers filled to take to other parties.” Being good scientists, they had carefully catalogued their brews, and as they reviewed their production history they began to wonder – as have so many homebrewers before them – if they couldn’t make something out of their hobby.

Enter the Marketer
As fate would have it, a friend introduced them to a young marketer with a business plan for . . . a brewery! Nick Reistad was once a professional cyclist, racing all over the world. He tried to make a career in advertising, but it didn’t take long to decide his heart wasn’t in it. What he really wanted to do was run a brewery. He had run his first business plan past his friend Kevin Brandenburg, who had started two successful tech companies. “It would be fair to say he laughed me off his back porch,” Nick recalls. But when he showed Brandenburg the revision, Brandenburg said, “You’ve got to meet these two doctors I know.” That was in September 2014, and in September 2015 the four partners opened the doors of Raised Grain Brewing Co. with a seven-barrel brewhouse. The name is a play on the woodworking technique that helps bring out the natural beauty of woodgrain, as well as the act of raising and toasting a glass of fermented grain.

Raising their Game
Within seven months they had to buy more fermenters to keep up with demand. Waukesha loved them, and they started getting some love nationally, too, with a GABF 2016 gold for their Paradocs Imperial Red IPA and a U.S. Open Beer Championship 2017 gold for their Spring City Saison. It was great to run a popular and successful brewery, of course, but not so great to keep running up against the limits of their equipment. “Our system was never designed to turn over multiple brews in a day,” Kelley explains by way of example, “so we quickly realized we were going to have to grow [the brewhouse].” Reistad had seen an ad for ProBrew’s ProFill canning line, which they were interested in. As it turned out, the ProBrew plant was the next town over, so Raised Grain paid them a visit. Kelley was duly impressed by the quality of the equipment and the skills of the in-house crew, but what really got him excited was that ProBrew weren’t just manufacturers; they were engineers. “I really like that they don’t spend all their time just building vessels, but they’re engineering everything,” he says. “Meeting Derek and seeing his interest and the way they listened to what I wanted to have happen was a big deal.”

ProBrew Does It All . . . And More
Ultimately, Raised Grain went all-in on ProBrew, ordering a fully automated 20 bbl, three-vessel brewhouse with external colandria (wort boiler), ProCellar Automation, a ProFill 90S canning line, and a ProCarb Plus Centrifuge with In-line Carbonation. Kelley likes how the new brewery positions them: “We’ve got some big tanks going in for the stuff we really need to push to market, but we still have six 20 bbl tanks so we can experiment. And whereas we were capped at around 1,100 bbl/yr before, now we can get to 12,000 bbl.” He estimates that with even more fermenters their capacity would probably top out around 40,000 bbl. ProBrew installed it all in a 20,000 sq. ft. facility that, for the time being, will be production-only. Over time, they hope to build out the rest of the 50,000 sq. ft. into a tap room and restaurant. “We put in a giant cooler, which I call the ‘Cooler of Optimism,’” Kelley adds. Given the way things have been going, it doesn’t seem too optimistic.

“If It Doesn’t Exist, We’ll Build It”
The ProBrew team impressed Reistad with what he called their “engineered” approach: “We know what we want to do, and we know how we want to do it, and we have specific processes in mind, but there’s not necessarily equipment that does what we want to do. So, we’ll talk to Peter [Schultz] and his team, and they’ll come up with a solution, and they have the abilities to execute what we’re envisioning.” Kelley adds “They have a real, ‘If it doesn’t exist, we’ll build it’ mentality and they think of things on their own, like the inline dosing of our chemicals [CIP]. You think you’re doing things efficiently, but then they come along with some new ideas.” Efficient, indeed. Working closely with the ProBrew team, the whole project came together in only a few months. Reistad even credits ProBrew with handling a lot of the project management that goes into building a brewery.

Why Automation is Important to the Doctors
A key feature of Raised Grain’s ProBrew system is their sophisticated automation. It is equipped with ProBrew’s Clean-In-Place (CIP) On-Demand technology for the Brewhouse, cellar and even the ProFill canning line. Plus, ProBrew utilizes Rockwell Automation’s Allen-Bradley PLCs for automating the entire brewery. All of the systems talk together and allow Kelley and team to monitor and control every aspect of the brewery. “Repeatability is a huge thing to me,” Kelley insists. After all, he still has a full-time career as a doctor. “With this [brewery] build, I’m pulling 100-hour weeks. I’m an empty-nester, and my wife is really supportive, but I can’t go at this pace forever.” ProBrew’s engineers worked to design an automation system fine-tuned to their brewery. “I’ve been really impressed with the flexibility of ProBrew’s automation,” he says. “I tell them, ‘I’d like to do this,’ and usually the answer is, ‘Okay, we can make that happen.’” And he rejects the notion that automation somehow compromises the craft of brewing: “If you can automate the things that are repeatable, it frees you up to be creative in other places and other ways. When you get it nailed down, it’s nice to be able to lock in the recipe and the process.” 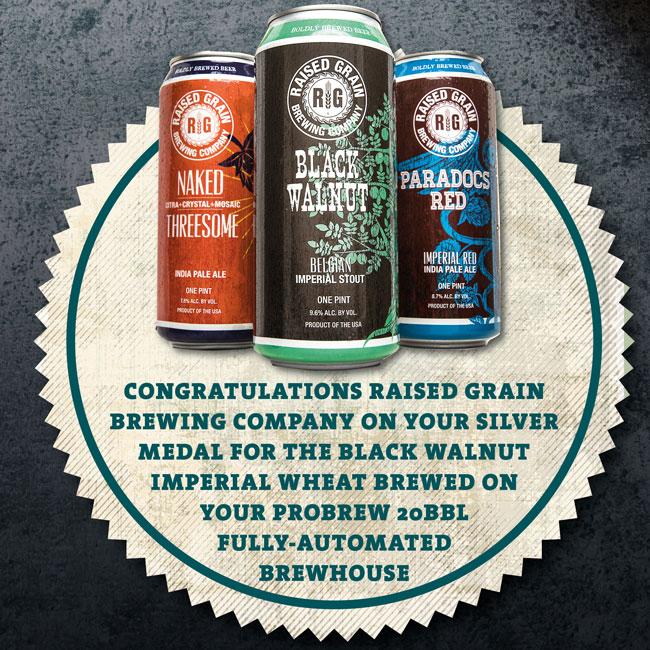 Productivity Feels Good
No build goes according to plan, but Raised Grain has been able to start brewing at what Reistad calls a “walking” pace, which is already twice as fast as what they could do at their original facility. He is excited to see what happens when they really get into a rhythm. Kelley says of the project that, “it was a real hands-on opportunity to work with a bunch of ProBrew’s employees, and they’ve got some great people.” Having things working well feels good, of course, but Kelley recalls the trouble spots: “You find out what people are made of when you have problems, and ProBrew dives in and addresses problems or issues for sure.”