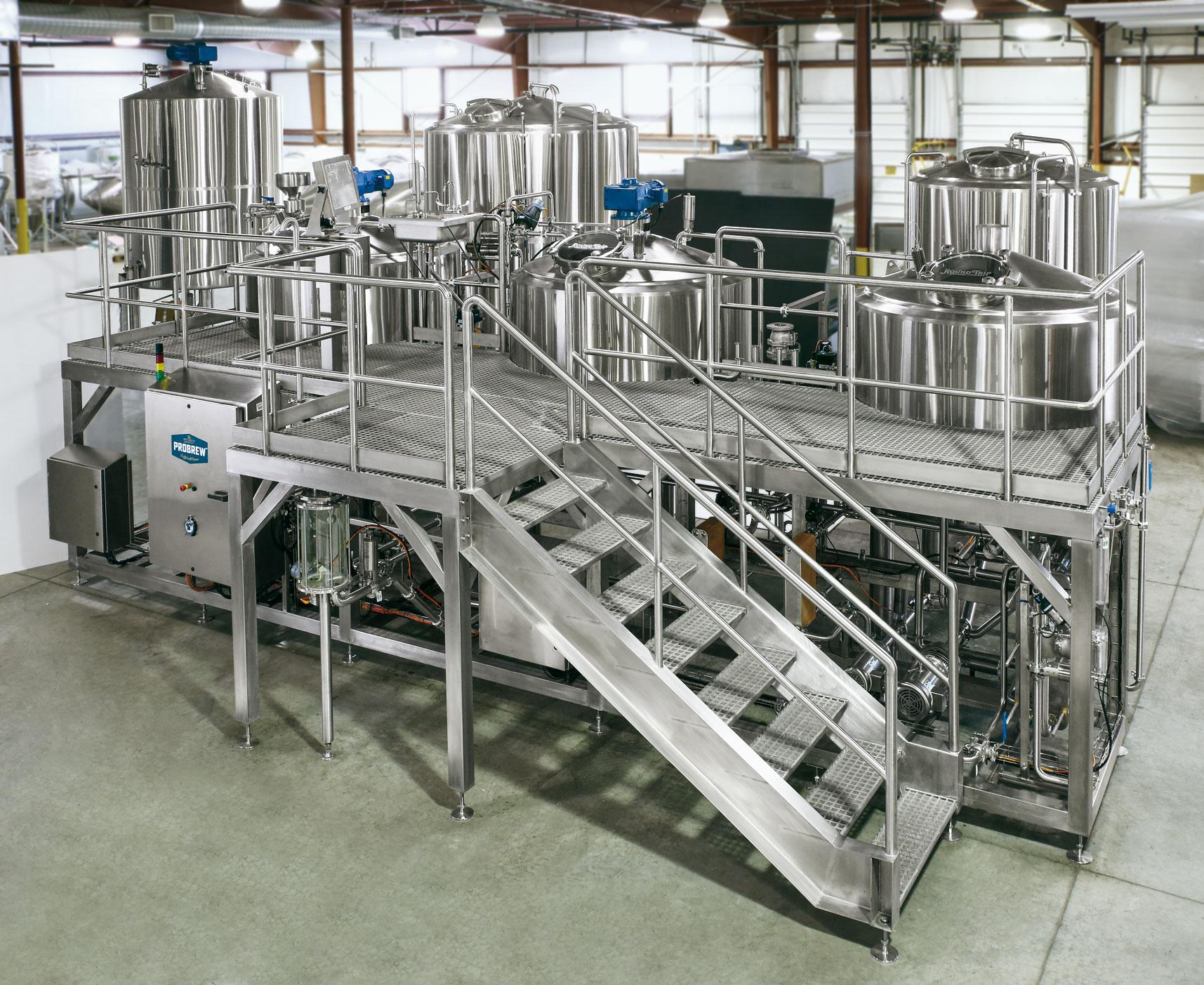 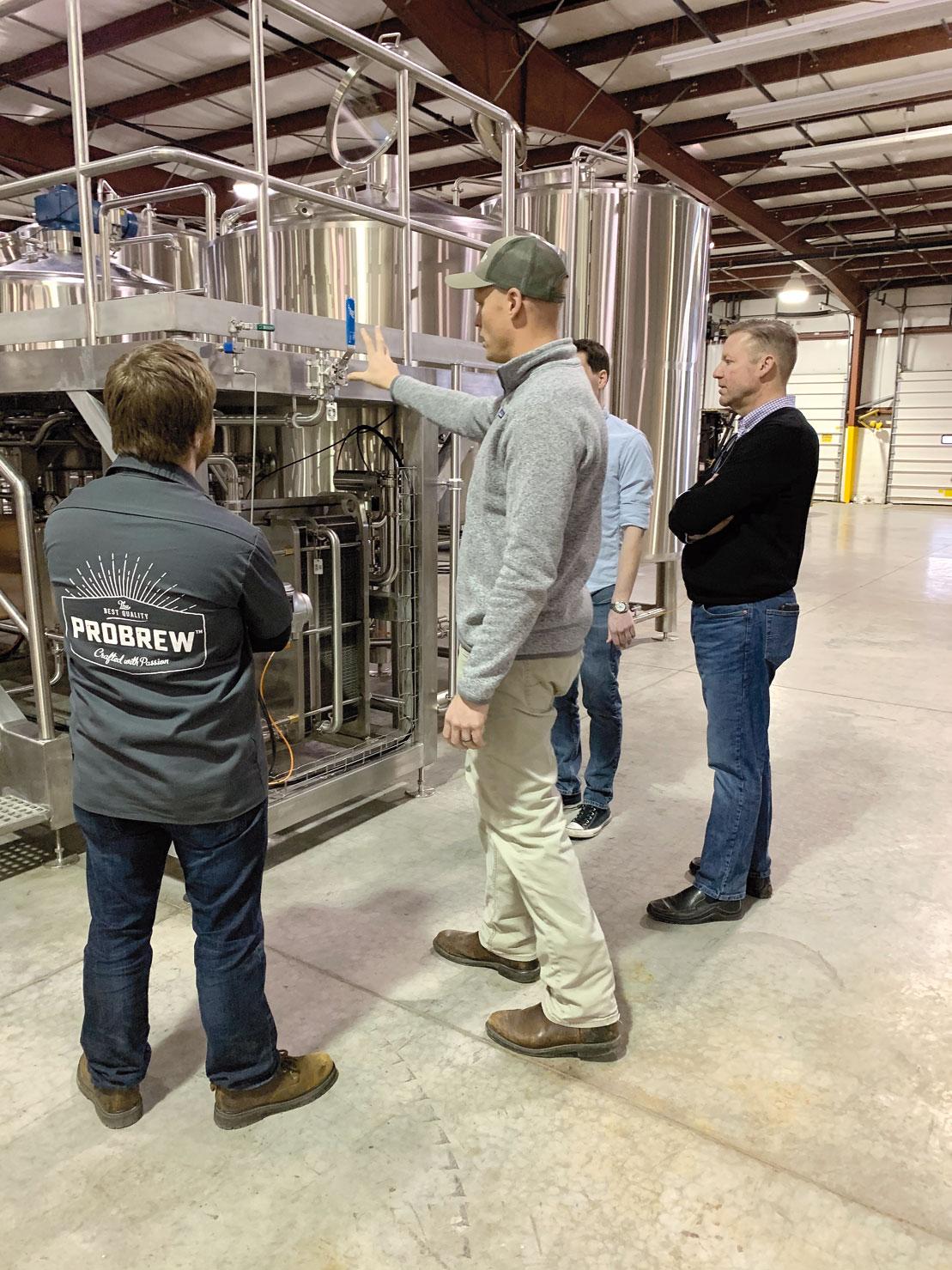 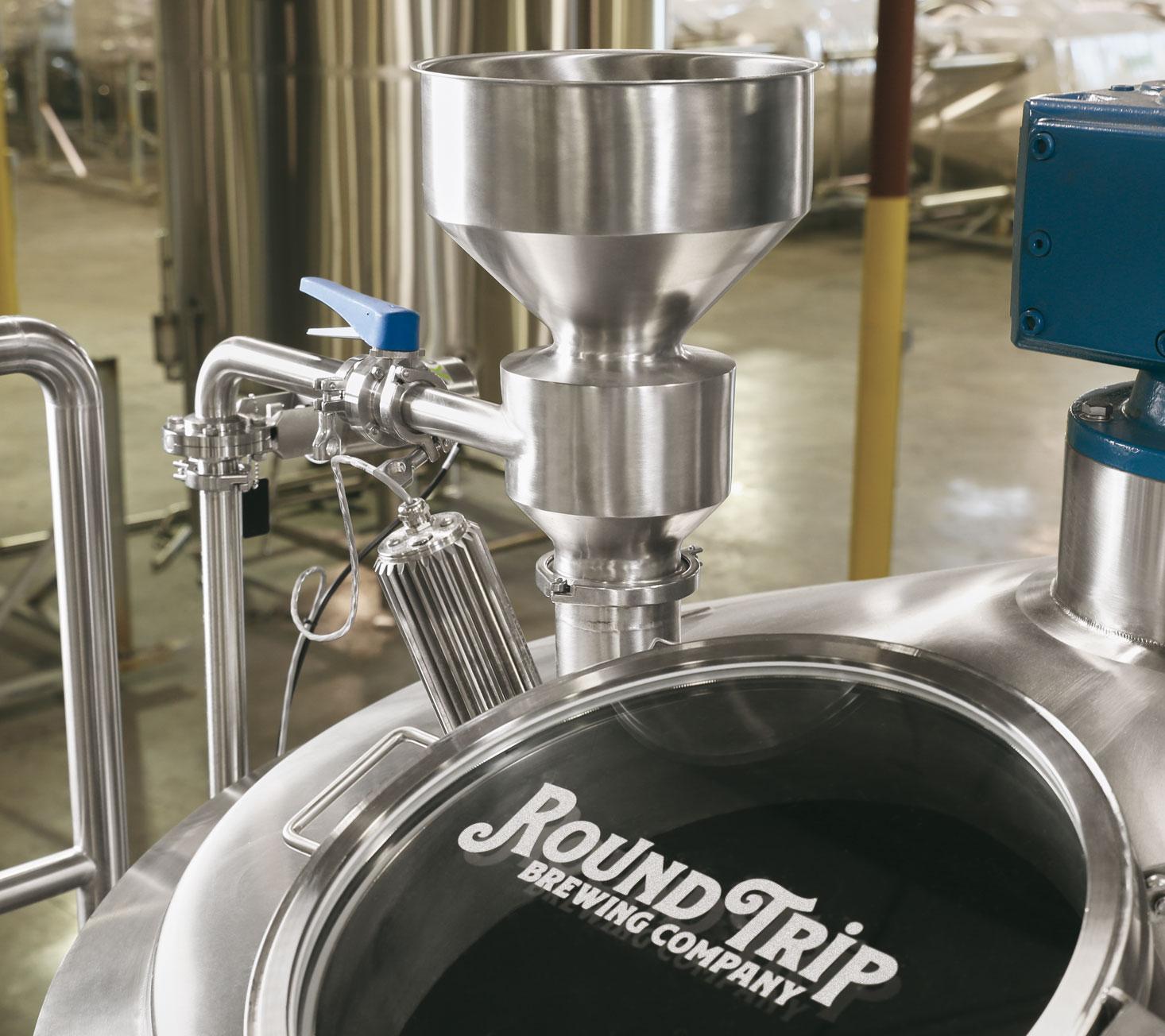 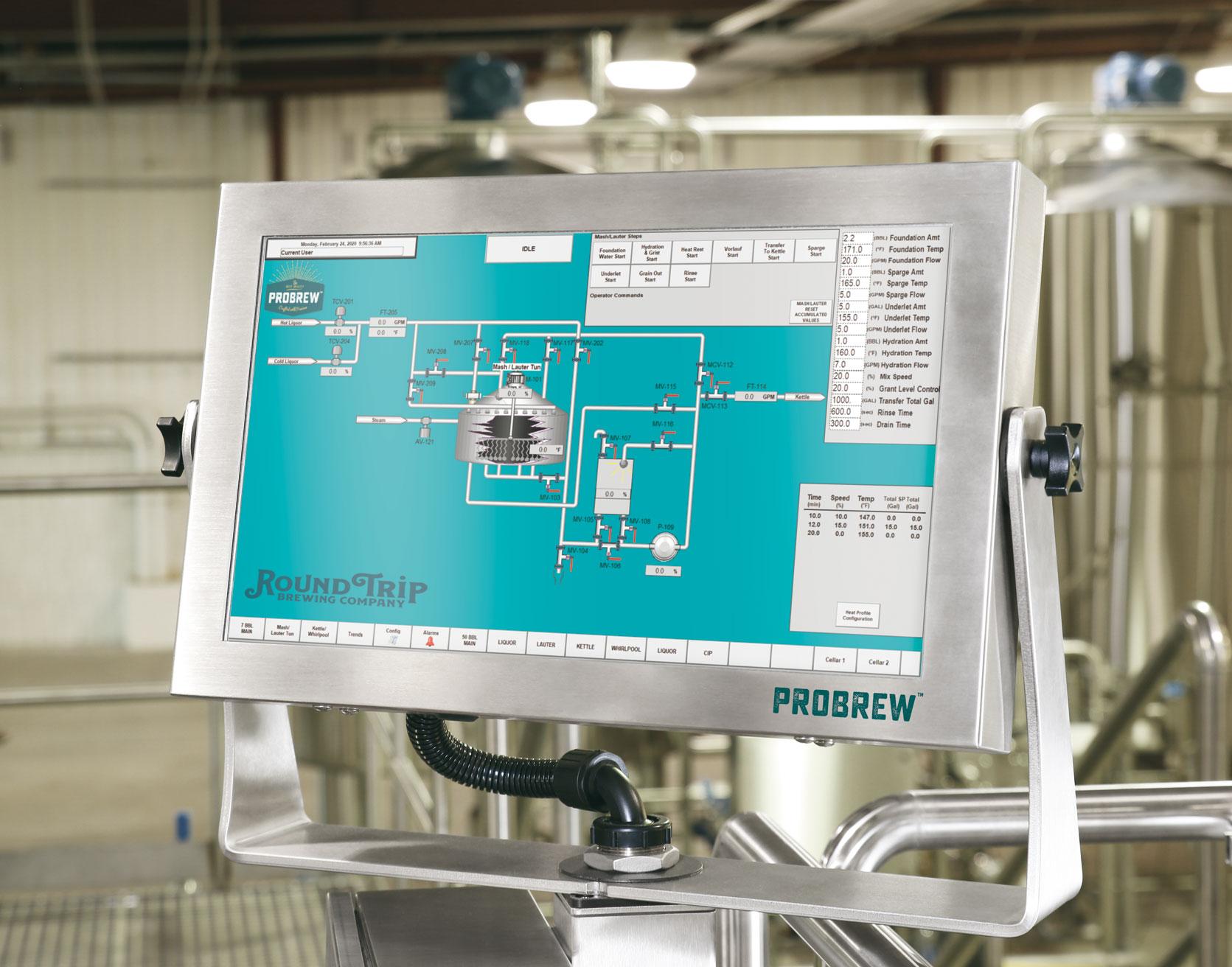 ATLANTA, GA – The name Round Trip Brewing came to founder Craig Mycoskie by a happy accident (he was on a road trip, delivering kegs to a new market at his old job), but the image of going out into the world and returning home has become a useful part of his story.

For starters, Round Trip represents a series of returns for him personally. He expects to open this summer in Atlanta, the same state as his alma mater, the University of Georgia. He will leverage the German brewing tradition as inspiration because Mycoskie became fascinated with German brewing during his time at the Siebel Institute, which included six weeks of study with master brewers in Germany. And it’s a return to wearing many hats and being involved in all areas of a brewery after several years in a role primarily focused on production.

Mycoskie also loves to travel and to learn about other people and cultures. He believes that if you did it right, you don’t return from a trip the same person you were when you set out. He hopes to use Round Trip Brewing to support people on their own pilgrimages and journeys of discovery and to become part of their story of expanding their horizons.

A Young Old Guy
Mycoskie has worked with some of the oldest and some of the newest brewing equipment in the country and has seen everything from a neighborhood brewpub to a statewide distribution model.
“I got into the industry when I was 22, 23, and it’s the only thing I’ve ever done,” Mycoskie recounts. “I’m 35, I’m kind of a younger guy, but I’ve been doing this for 12, 13 years. It’s interesting being an older guy in the industry but not being one of the old guys.”

Mycoskie got his start in the craft beer world at Wynkoop Brewing in Denver. He got to see the ins and outs of running not only a brewery but a restaurant. He drove all around the city cleaning draft lines every week. He brewed on some of the oldest and original craft brewing equipment in the country.

“You can’t go to school to learn that stuff,” he says, though he did study at Siebel during that time. “There are things you shouldn’t be doing at this point [in the maturing of the industry], but you’re glad you went through some of that stuff. If you’re a brewer and your first job is in an automated brewhouse, you’re sort of missing out on a lot of experience and learning.” In 2011, he was invited to join Rahr & Sons in Fort Worth. He couldn’t pass up the opportunity to return to his home state and to work with a family with such a history in the beer world (Rahr Malting in Shakopee, Minn., was founded in 1847). He quickly moved from head brewer to VP of operations.

“We didn’t have much staff, we were making around 12,000 bbl, and I was running around doing every part of production,” says Mycoskie. “I really got to see the full evolution of growing from a decent-sized brewery to a more regional brewery.”
Then he got a call to be head brewer and director of operations at Celis Brewery. Celis had top-of-the-line equipment and a much larger operation. “I loved Rahr; it was so hard to leave,” Mycoskie remembers, “but it was something I had to say yes to.” 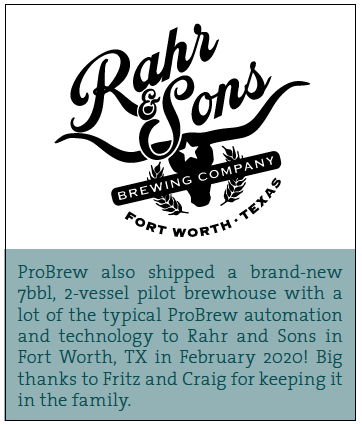 Seizing an Opportunity
Several factors led to envisioning and opening Round Trip. The Celis gig didn’t turn out to be everything he had hoped. He missed having his hand in other parts of the business; at Rahr, he’d had more contact with customers as well as a greater role in marketing. Then Georgia changed its laws to allow breweries to sell beer directly to consumers, and he got to talking with some friends from college, and things kind of grew from there.

“There’s still a lot of room for growth [in Atlanta],” Mycoskie says, though as he notes, not everybody can see it: “It’s interesting to talk to developers and people in the neighborhood. They see it as so saturated but seeing where Denver is—we’re nowhere near that number.”

In order to stand out, Round Trip will focus on recognizably German styles but explore new ways of producing them. “There can only be so many breweries making the same beers but with a different brand on the building,” he explains. “You really need to differentiate yourself; there needs to be a narrow path of what kind of beers you’re making so you have an identity.”

Knowing What He Wants
Mycoskie’s background helped him to have a pretty clear idea of what he wanted from and in his brewery. He knew from his time at Wynkoop that he didn’t want to run a kitchen, at least not right away, and he wanted his brewers to have to learn some tasks manually. He learned from Celis that he wanted to grow organically and build brand equity before taking on the huge task of launching and sustaining a statewide brand. And he learned from Rahr & Sons that he wanted efficient equipment so that he wouldn’t be wasting time and resources. That’s what led him to ProBrew.

“The reason I wanted to go with ProBrew was that not only was the equipment good, but the people got it,” he says. “They understood why I was asking for certain things. There was deep knowledge, as well as technology and engineering know-how about the systems and brewing that was comparable or exceeded larger equipment manufacturers.” The other two factors were the price point and longevity. On price, ProBrew delivered the value he was looking for: “You can get trapped into buying the cheapest thing that gets the job done, only to discover later how much more money that can cost in the long run. I think ProBrew hits a really good spot in the market when putting price, value and quality on paper. You can get something a little less expensive, but you might be sacrificing something very important.”

On trustworthiness, Mycoskie was impressed that ProBrew has the established authority and experience of TechniBlend behind them.
“I’ve been worried because there have been some equipment suppliers that have gone under recently,” Mycoskie says. “Having that larger company behind them and knowing these guys aren’t going anywhere … I don’t think there’s anybody that can beat them in terms of service and quality of what I’m getting, plus being part of by TechniBlend.”

Mycoskie went with a 15 bbl, 3-vessel system. It was important to his German methods to have a dedicated mash tun for maintaining certain temperatures of the mash. He opted for some automation but left other things manual so his brewers could be more engaged with the process. Having seen both ends of the spectrum, he knew better than most what his options were and even experimented with a few possibilities. He even made a point of requesting fewer stairs up to the platform.

Mycoskie still has a lot to do before the first brew day, not to mention opening day, but he knows one thing: His ProBrew brewhouse will be on display for his customers to appreciate. “It looks gorgeous,” he exclaims, describing his recent FAT (Factory Acceptance Test) trip to ProBrew’s manufacturing plant in Brookfiled, WI. “We’re going to put it behind a big window so everyone who visits can see it.”

Round Trip’s new brewhouse and cellar vessels began their “one-way trip” to Atlanta, GA on March 16th, 2020. Check out their website for video footage of the move and install and stay tuned for Part 2 of their story in the next edition of ProBrew News.