ProFill 90S Called Into Service for Two Breweries in One Building 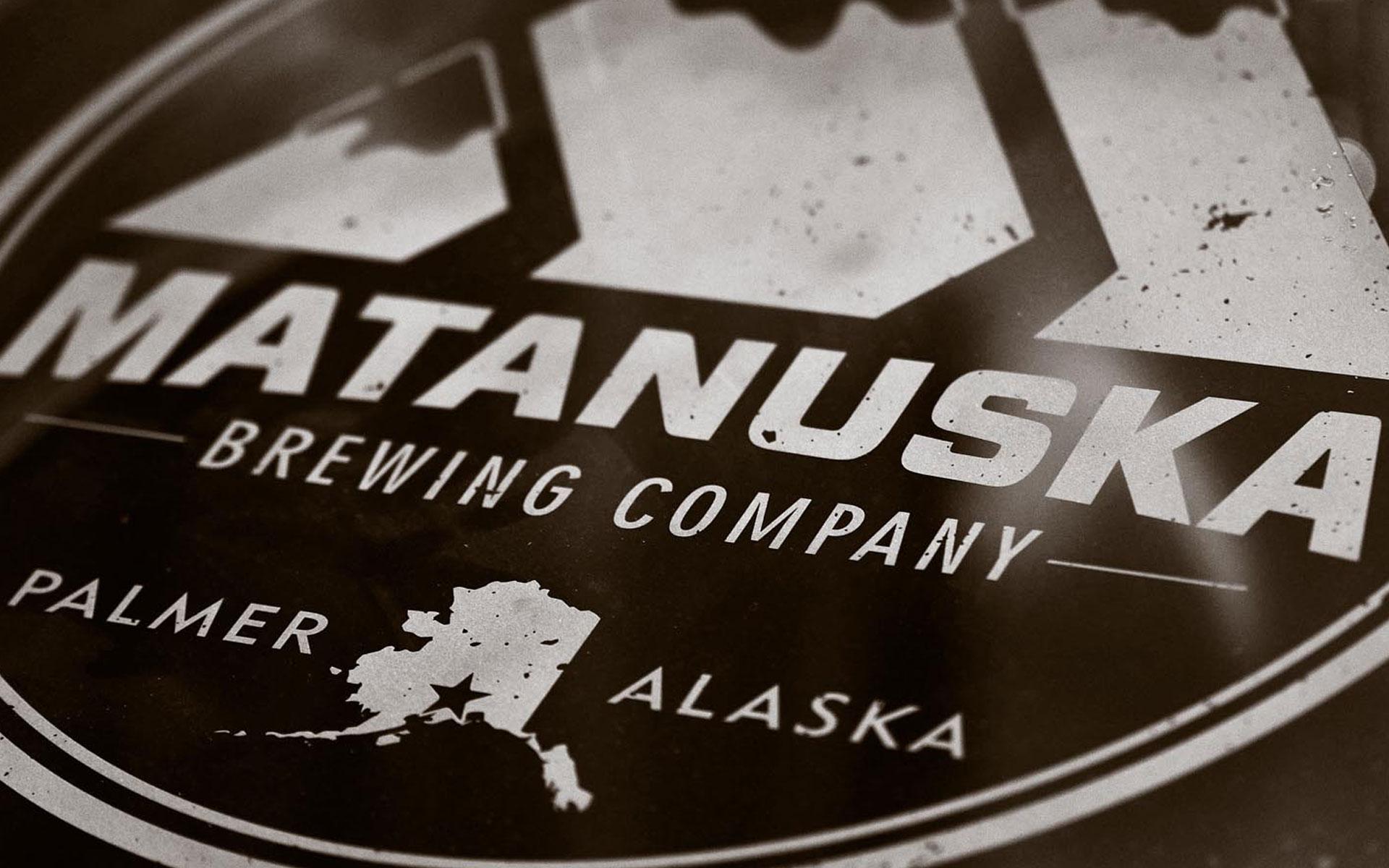 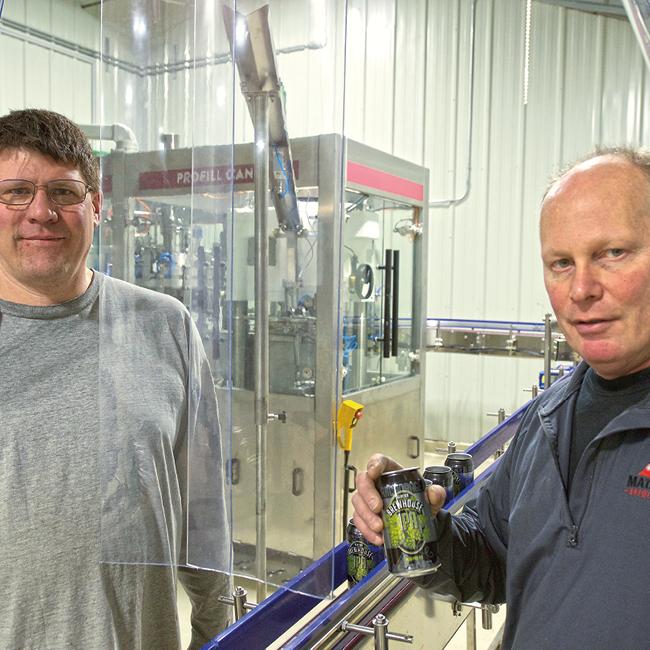 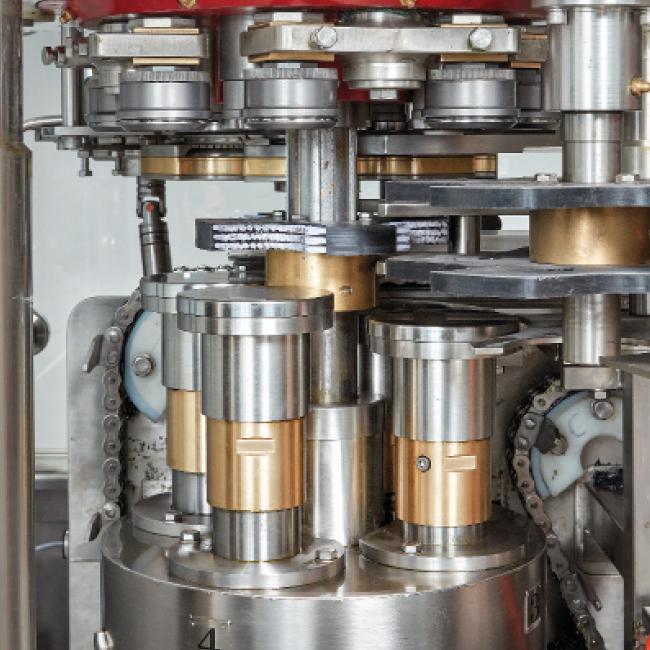 When you brew beer in Alaska – a state that relies on planes and ferries almost as much as cars – you learn to think a little differently.

Pizza Props
Before Matt Tomter cofounded Matanuska Brewing Co. in Palmer, Alaska, he was a restaurateur and early craft beer pioneer. He came to Alaska from Tacoma, Washington, to attend flight school. Then he set up a pizza restaurant in the Nome airport (aptly called Airport Pizza) and started offering pizza delivery – by plane. He later built a proper restaurant, got in touch with his favorite brewery, and became the only place in town who could offer fresh beer on tap.

The Brewmaster’s Clever Plan
The beer Tomter wanted to sell at Airport Pizza was made by Kevin Burton, who earned his reputation in the Alaskan beer scene as brewmaster at Glacier Brewhouse in Anchorage. He brewed the whole range of styles, but he was big on barleywines and barrelaged beers – they had a “Wall o’ Wood” in their cellar. Burton and Tomter loved working together in the Airport Pizza days, which even included the Beer Tasting Extra Extravaganza held at the end of the Iditarod race. When they joined forces to open their own brewery, Burton took his beers with him. Sort of.

Burton, a trained businessman himself, saw an opportunity that would benefit both his own startup ambitions and his former employers, with whom he still had a strong relationship. Glacier was reaching capacity at around 4,500 bbl/yr. So, Burton and Tomter came up with a clever if unorthodox business model for Matanuska Brewing Co. to brew and can both its own beers as well as several Glacier Brewhouse beers. This helps Glacier increase its capacity, distribute outside the restaurant, and free up on-site space for developing new beers.

Meanwhile, it provides Matanuska with some predictable cash flow as they start their new business. “The way we did it, we’re basically already a mid-size brewery,” Tomter explains. “We’ve got a lot of capacity and are hooked up with a statewide distributor, and we haven’t even sold a beer.”

How the ProFill 90S Hit Matanuska’s Sweet Spot
Burton and Tomter had brewed and packaged on enough equipment to know what they wanted when it came time to build out their facility – which was going into an old dairy in Palmer, Alaska. They eventually chose a four-vessel, 40 bbl brewhouse. Then they needed a canning line. Burton spent the first two days of the CBC-2017 last year walking up and down every aisle of the trade show. He kept careful notes on booths he wanted to visit again to learn more. “I had been looking at all these in-line fillers that did 40 cans per minute,” he says, “but I didn’t like the way they were running. They weren’t as sanitary as I wanted, most of them weren’t counter-pressure, gravity-fill technology, and most of them weren’t fast enough.” The problem was that it looked like the next step up was a $1 million line from someone like Krones, and that just wasn’t in the budget.

This is Why We Wear Branded Shirts
Burton was sitting at the hotel bar when he saw the ProBrew logo on the shirt of the man next to him. It happened to be Brian Loughrey, Director of Business Development at ProBrew. They started talking, and the next day Burton came to the ProBrew booth and met Derek Deubel. “Derek was telling me about his dad starting H&K (now KHS) and how he had worked as a field technician for many years,” Burton recounts, “and it made me pretty comfortable that he knew what he was doing.” ProBrew was displaying the ProFill Can Filler, and Burton liked what he saw. “It had the right tech,” he says, for starters – the continuous, counter-pressure-gravity filling system, rotary filler and seamer design, the CO2 pre-purge & purge system, plus the right speed, were exactly what Matanuska Brewing needed. And it fit their budget. Not one to dither about when he saw a good deal, he bought it right there. “And the ProBrew guys have been really fantastic,” Tomter adds. “It’s a beautiful machine, and their customer support has been just great. They did just what they said they were going to do, and they sent someone up here for our first canning run, too, just to make sure it all went according to plan.”

Watch Your Grocery Store Shelves
Burton and Tomter said they ran their first brew in February and canned their first 80bbl batch in early March in under 5 hours! “The ProFill can filler and complete line ran great!” “I’ve been dealing with a lot of people while putting this brewery together, but these ProBrew guys have been really good, really professional and skilled.” Matanuska will brew and can Glacier Brewhouse’s Blonde, Imperial Blonde, IPA and Raspberry Wheat ales. In addition, they will start out with four of their own beers: Snow Bike White, Pack Raft Red, Long Track IPA, and Sky Cab Golden Ale. Alaska residents should expect to see cans of both brands on the shelves by the end of March. Those of us in the lower 48 will have to hope they see rapid expansion down our way.

Profill can
Any questions? We‘re looking forward to hearing from you!
Contact
You want to read more featured stories?
Go back to news
Meet the Probrew team