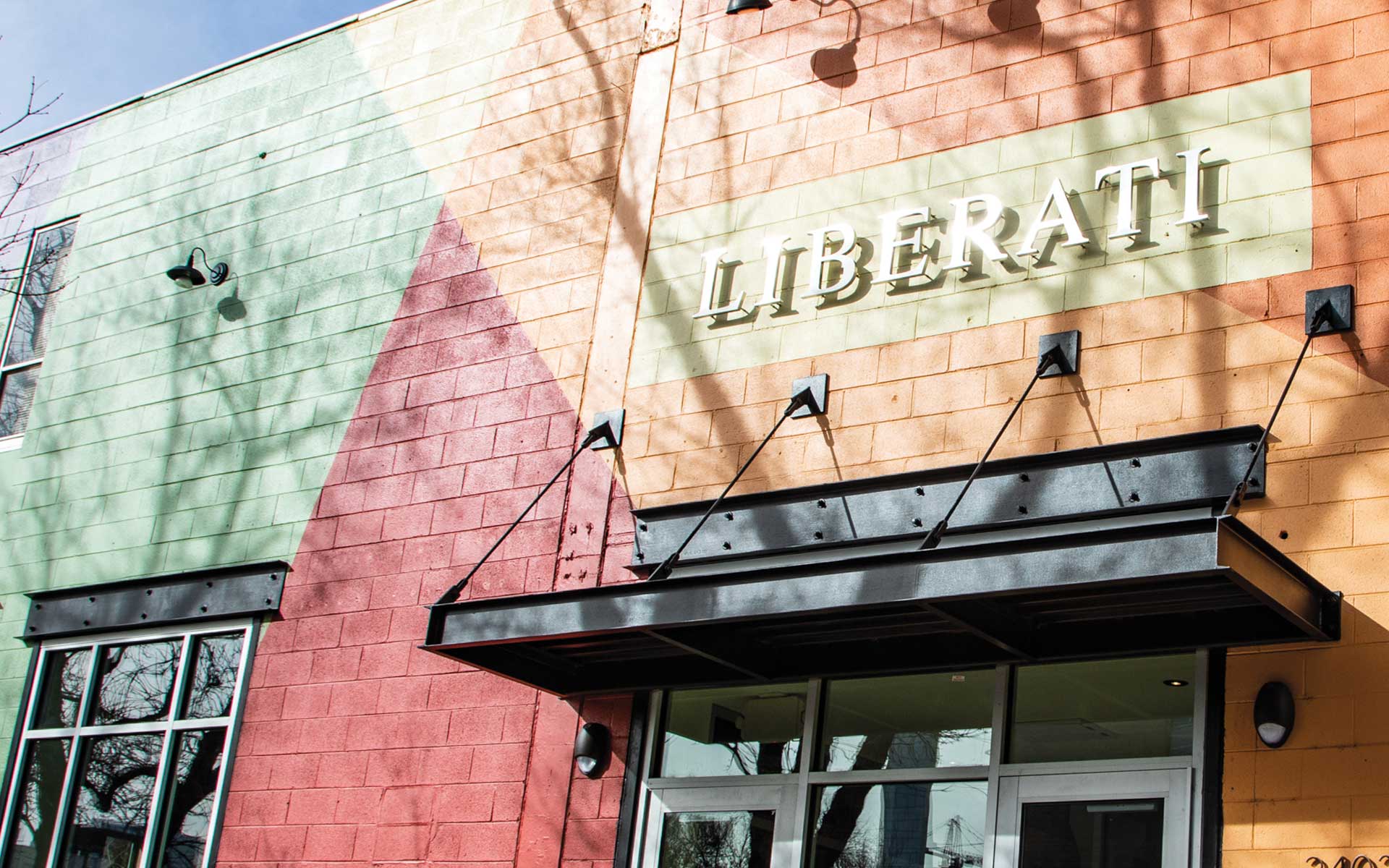 You can be forgiven for not knowing what an oenobeer is. The closest thing you may have heard of is the Italian grape ale, which is literally the last style listed in the BJCP style guides – and even there it is considered a “not yet established” local style.

But this historical Italian style will be established soon if Alex Liberati has anything to say about it. Liberati Osteria and Oenobeers, a restaurant and founded in Denver in October of last year, aims to create an entirely unique dining experience by pairing authentic Italian cuisine with a range of innovative oenobeers.

An oenobeer (technically pronounced, “EE-no-beer,” but don’t be a jerk about it if you hear something else) is, according to Liberati, any beer that gets up to 49% of its fermentable sugars from grapes or a grape product. He will argue that adding grapes for flavoring like any other fruit does not count because there is no real attempt to engage with the fermentable properties of the grapes.

For Liberati, then, an oenobeer is less like a grape- flavored beer than a wine/beer hybrid. Think of a beer accented with some kind of wine quality. It could be a light, hoppy pale with the aromatics of a Sauvignon Blanc, a dry American stout laced with tannins from a Cabernet Sauvignon, or a “cubed” IPA accenting mango and citrus flavors from their hops with the lychee and pineapple sweetness of a Gewürztraminer. His oenobeers range anywhere from an easy-drinking 3.7% ABV to a wine-like 17.25%.

A Consumer Education
Anything that needs that kind of explanation will certainly be a differentiator, and Liberati is more than happy to do the work of consumer education. That has been his way as a businessman. Born and raised in Rome, Italy, he caught the craft beer bug when he tried a Young’s Bitter. He had to know more about this beer.

At the time, beer in Italy consisted largely of high-ABV versions of ancient European styles. Liberati likes to call Italy the Galapagos of beer, a self-isolated industry that has developed in its own idiosyncratic manner. From the point of view of the U.S. craft industry, it is surprising to learn that someone got excited about craft because it had a lower ABV than the stuff he had been drinking. It just goes to show how different cultures can be. Mistakenly believing Young’s to have been made in Germany, Liberati took a trip there and discovered the wide world of German beers. When he realized his mistake, he explored English beers, and in 2007 he opened a bar in his hometown to present craft beer to his compatriots.

Within a couple of years he had bought a small brewhouse and began to brew and sell his own beer – mostly hoppier, American styles that were new to that market. He even won a couple national prizes.

A Growth Opportunity
In the ten years after he opened his craft bar, Italy’s craft scene grew from about 70 breweries to over 1,200, but things were difficult there for a brewer. He describes the general economic condition as quite depressed, with high unemployment and high taxes – especially on breweries – and no real concept of growth like we have here in the States. “Over there, it’s ‘open a business and work every day for the rest of your life.’ Out here, it’s about growth.” That growth may only come to fruition after working every day for several years, as any startup brewery knows, but the point remains that Liberati saw more opportunity to create his own kind of business here in the States.

Designing an Oenobrewery
Brewing with grapes is not as simple as throwing the fruit in. Most brewhouses are, of course, designed for brewing with grains. To use grapes like Liberati wanted to, he needed a different kind of brewhouse. That led him to ProBrew. 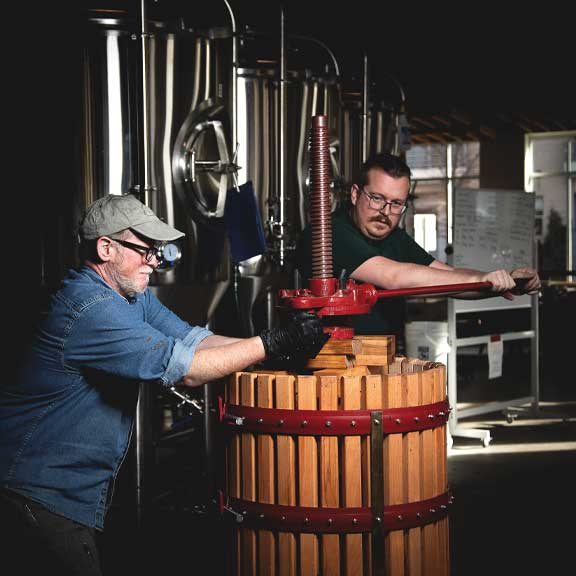 “We needed a very particular brewery because we’re the only brewery in the world only doing beers with grapes,” he explained. “We do a turbid mash, double decoction – so we need certain kinds of oversized pipes, faster flow, and so on. We needed a 50 hL heat exchanger for a 10 hL brewhouse because of how we brew the beers.” ProBrew’s team of engineers gave Liberati the kind of individual attention he needed: “We asked a lot of very technical questions, and [ProBrew] was able to make a lot of the modifications we asked for. They had to design a lot of stuff for specific purposes.”

In the end, Liberati ordered a 10 hL, 2-vessel ProBrew brewhouse – with the various custom-designed pumps and pipes – on a timetable that allowed him to worry about other parts of opening his business. “ProBrew was able to deliver a good brewery in a timely fashion,” he reports.

A Craft Pioneer
Having a reliable, customized brewhouse from ProBrew means Liberati can focus on experimentation and discovery in the world of oenobeers. Alex points out that, “You can find a book [for brewing] whatever style you want to make. The same thing goes for wine. But there’s not even one pamphlet on how to brew an oenobeer.” As with traditional beer, there is no single way to brew an oenobeer. You can add grapes at different stages in order to get different results. “We have varied practices. We use juice or grapes at the early stage. We do it during krausening, or post-fermentation. If I need to extract a lot, the grapes need to be there during fermentation. The ProBrew brewhouse, cellar controls, and automation are designed to provide this brewing flexibility.

While craft beer is beginning to think more about malts and yeast in addition to hops, Liberati has decided to pave the way for oenobeers. “When you start thinking about grape beers, you start to understand that there’s infinite exploration.” Armed with his ProBrew brewhouse, Liberati will no doubt be sharing the fruits of his explorations with Denver for years to come.