Land-Grant Brewing Will Never Have Too Much Beer

COLUMBUS, OHIO – Everything about Land-Grant Brewing radiates a love of place. From the name, which refers to the late 19th-century higher education initiative that founded some 70 state colleges and universities, and their Sea-Grant and Sun-Grant charity beer series to their huge beer garden and commitment to sustainability, these folks have built a business around doing good in their community.

It has also been too much growth for their old 5-head in-line canning unit. Production Manager Chris Helderman says they’ve had runs in the summer where they were brewing three batches a day seven days a week on their 20 bbl system.

That led them to ProBrew. “ProBrew was really the only company that made sense for us as far as the cans per minute, capacity of the line, the footprint of the line, and the cost. You’re getting really expensive with the big line that probably has more capacity than you’ll ever need, and we knew we wanted the rotary.”

Land-Grant ordered some extra tanks and the ever popular ProFill Can 90S, a 90 can per minute 9/2 true counter-pressure-gravity rotary filler & seamer can line. 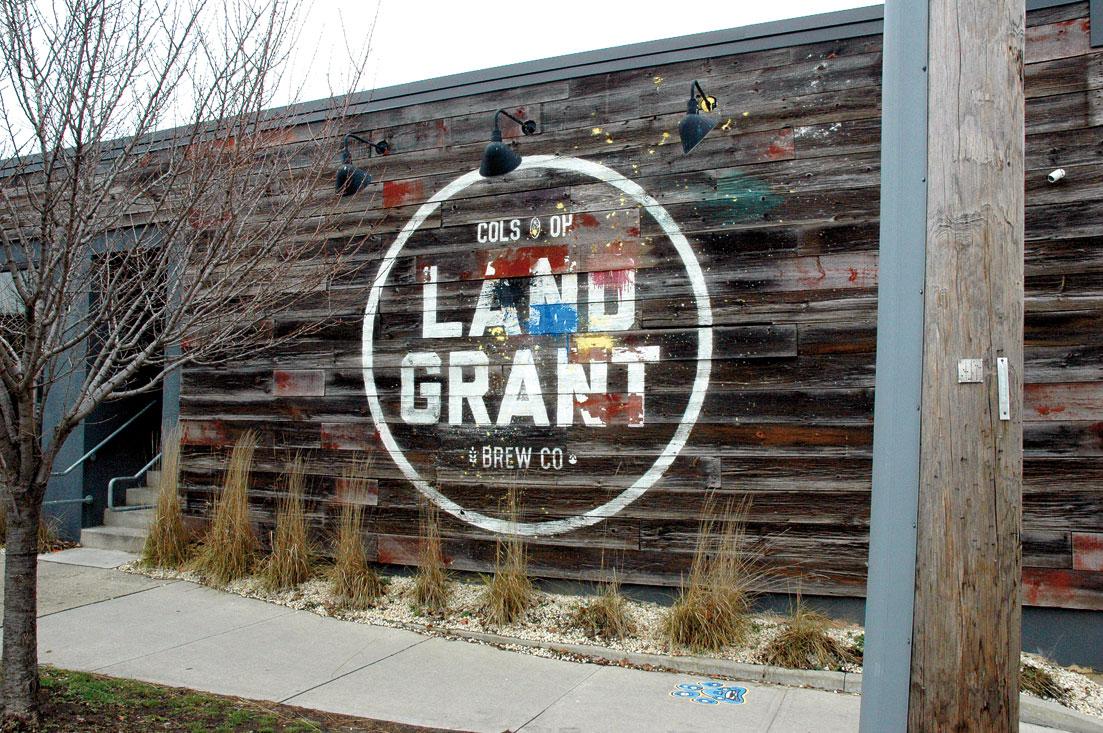 Designing for Space
The only real challenge was the space. “We’re in an old elevator factory that turned 100 years old this year,” Helderman explains. “We’re confined on space—we’re landlocked and can’t increase our footprint anywhere. We said, ‘Hey, I need the smallest line I can get and still get the full speed of the filler.’”

What brewers do not always realize, however, is that tighter spaces often mean slower speeds out of your line. If you want to keep the can filler running constantly, it may be more efficient to run it slightly slower rather than have to shut it off every time you need to change out the label rolls or if they get behind at the pack-out table.

ProBrew’s Director of Sales Brian Loughrey explained that the solution for Land-Grant was to configure the line in a horseshoe shape: “Sometimes you can configure it in a U-shape and you can have crossover responsibilities going back and forth [to different sides of the line]. This saves our customers space and extra labor.”

“It can run at 90 cpm,” says Probrew General Manager Dave Nappier, but he acknowledges that because of the confined space, “it has a sweet spot around 85 [cpm].”

That’s fine for Land-Grant, because the ProFill has significantly cut down on their canning days. “One of our biggest runs, an 80 bbl batch, should take us about eight and a half hours,” Helderman explains. “And that’s the longest production day for us, now. That would have been two extremely long days on our old line, easily over two 10-hour days.”

The ProFill also gives them reliability and consistency. “Basically, we know we’re going to be able to keep up,” says Helderman. “With four people running [the entire canning line] eight hours a day, five days a week, that’s more than I can produce, so that’s a great feeling. There won’t be any crazy overtime in the summer just because we have too much beer to package.”

Given how ravenous Columbus has been for Land-Grant beers, it seems only obvious that they will remain on trend to be one of the top producers of craft beer throughout Ohio.