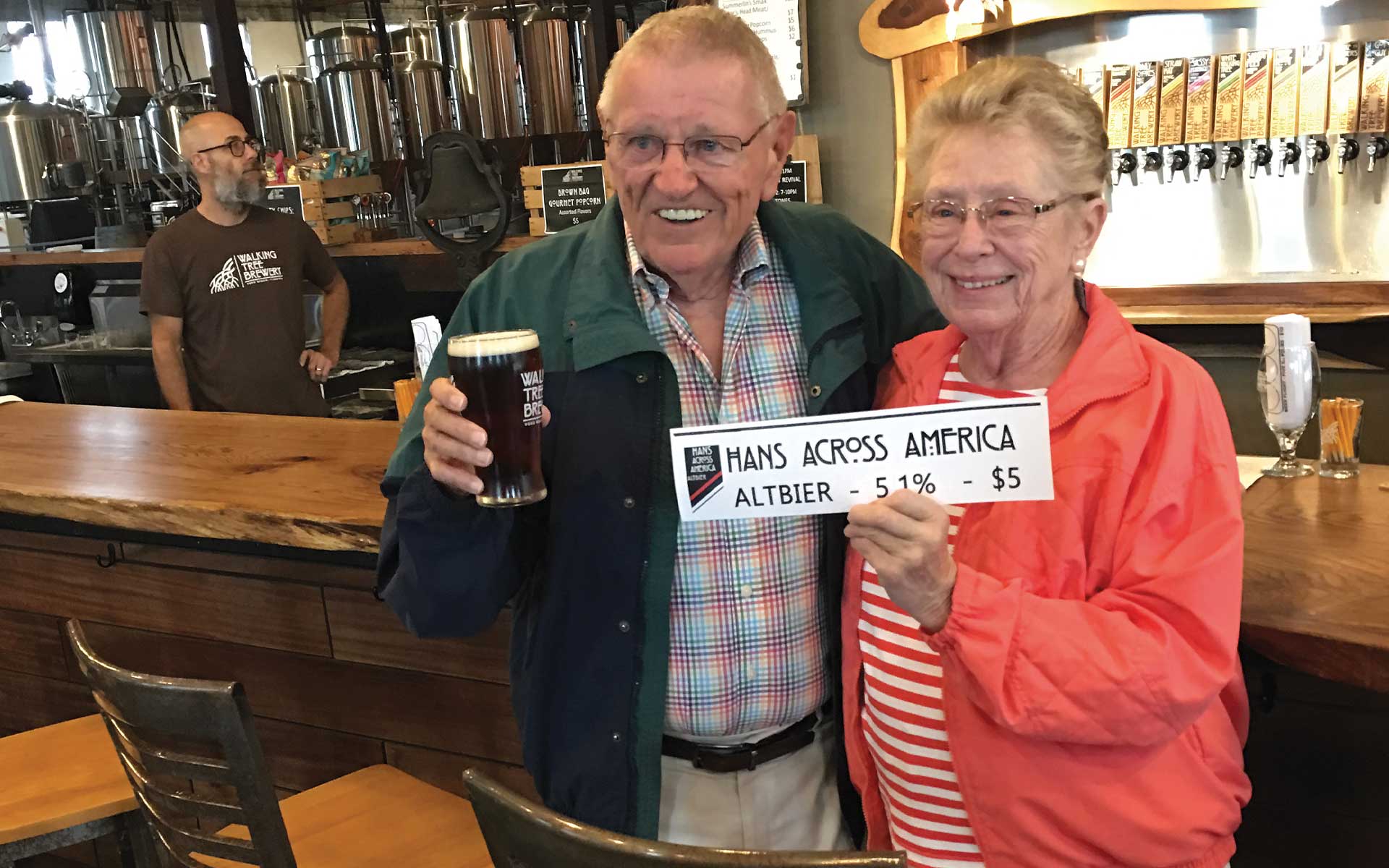 At the young age of 21-years old, Hans Deubel left Düsseldorf, Germany in search of the “American Dream”. After a detour through Canada for a few years he ended up in St. Louis, MO working for The Barry Wehmiller Company selling bottlewashers and electronic bottle inspectors to the brewing and beverage industry. He then joined Crown, Cork & Seal to sell bottle & can fillers, again to the growing beer & beverage industry, and finally, in 1971 he started H&K, Inc. in Milwaukee, WI the US division of Holstein & Kappert, the preeminent manufacturer of bottle fillers and packaging equipment for the brewing industry from Dortmund, Germany.

Hans grew H&K, Inc. into the dominant brewery bottle & can filler supplier in North America buy supplying Schlitz, Pabst, Anheuser-Busch, MillerCoors and other breweries with bottle fillers still running today at speeds of 1,000 bottles per minute, and can fillers filling at over 2,000 cans per minute. In the mid-1990’s H&K, Inc. merged with Klockner and Seitz Enzinger Noll to become KHS. Hans retired in 2001 after over 30-years in the brewing & beverage industry. KHS remains one of the largest brewery and beverage equipment suppliers in the world.

Hans’ involvement and passion for the brewing industry didn’t exactly start when he hit the ground in North America in 1958, but actually began as a young man living in Düsseldorf, Germany. Düsseldorf is famous for their Altbier, a top-fermented, dark copper colored, lager brewed throughout the Lower Rhine region of Germany, particularly in Düsseldorf.

Hans, as most people from Düsseldorf have a special place in their hearts and bellies for Altbier. There are several phenomenal breweries in the Alt Stadt (Old Town) of Düsseldorf that specialize in brewing Altbier, such as, Brauerei Schumacher, Uerige, Fuchschen to name a few. In fact, a very accomplished brewmaster & international brewing consultant Horst D. Dornbusch (also from Düsseldorf, Germany) wrote a book in 2017 called “Altbier: History, Brewing Techniques, Recipes”. Horst actively consults to the international and growing American craft brewing industry today and lives near Boston, MA.

Hans was ready to move on to his next act. Having read Horst’s book and being unable to find a “good” Düsseldorf style Altbier in the US, Hans made it his mission to help crafty brewers understand and appreciate the Altbier style of beer. He started by buying and sharing Horst’s book with any brewmaster that would listen.

In 2018, Hans was able to convince Scotty Kelley, brewmaster and owner/partner of Raised Grain Brewing Company in Waukesha, WI to read the book and craft a brew. Raised Grain and Scott already had a couple award winning beers such as, Paradocs Red IIPA which won GABF Gold and their recent World Beer Cup Silver medal winner Black Walnut Imperial Stout. Once again, they brewed another success which has become one of Raised Grain’s best sellers, known as Guitar City Gold. Scott remembers, “Hans was adamant that this beer was going to be a hit, and it sure has been. Hans has a lot of experience and passion and I bet he’s right most of the time when it comes to beer”.

Hans prefers to spend Wisconsin winters in Vero Beach, Florida where he found another successful craft brewery called Walking Tree Brewery, named after the prolific Indian River Mangrove tree common to the area. Having met Mike Malone, Co-founder & Head Brewer who has a GABF (Great American Beer Festival) Bronze winner, and several Best Florida Beer winners to his name, Hans went to work trying to convince Mike to brew an Altbier. He started, of course, by giving Mike a copy of Horst’s book.

On January 31st, 2019 Walking Tree Brewery released their “Hans Across America”, Altbier. The name is obviously a creative play on words, and tribute to Hans and his efforts to spread the gospel about Altbier across America. Mike says, “Hans is a wonderful guy, who has so much experience in both the German and American brewing industries. He loves beer, and not heeding his advice would have been a mistake. Our Hans Across America Albier turned out great and is one of my favorites”.

Hans also sees the name as his mission and battle cry to continue his Hans Across America crusade to share the virtues and wonderful characteristics of true, Dusseldorf style Altbier with more of America’s great craft brewers and America’s thirsty craft beer lovers.