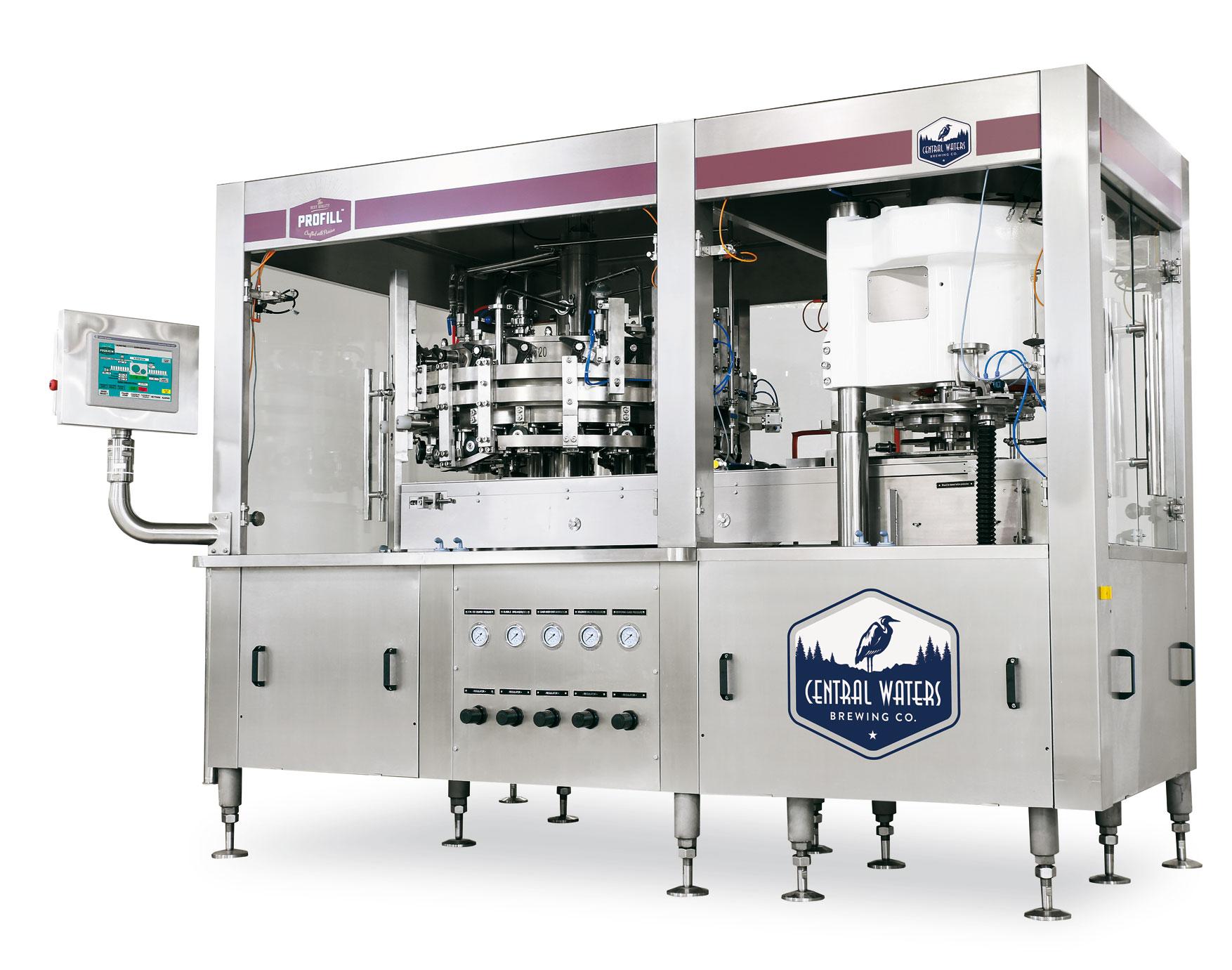 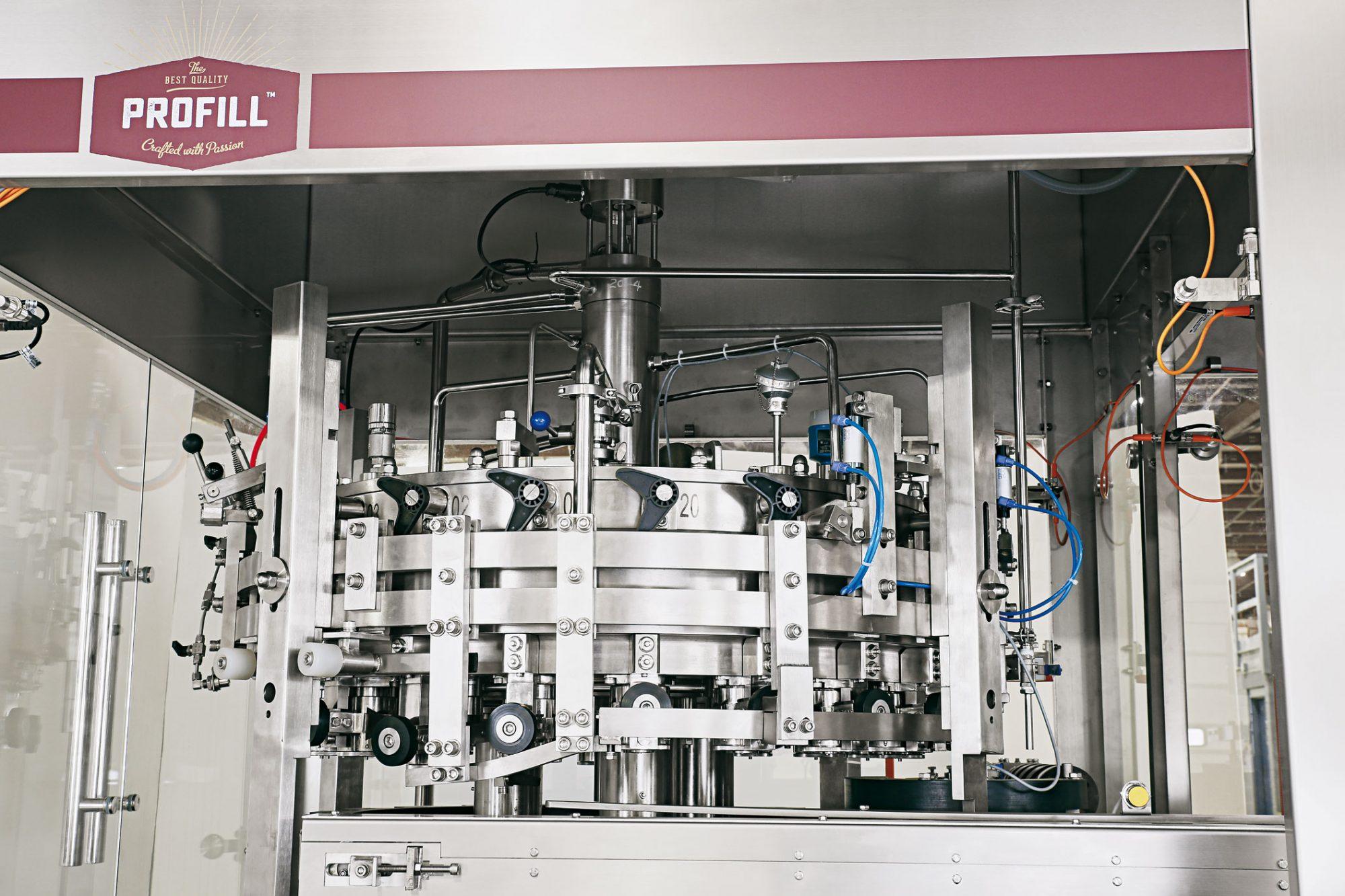 AMHERST, WI — If Jake Tower had any way of knowing that he would go from one of Central Waters Brewing Company’s biggest fans to the lead engineer in designing their all-new custom brewhouse automation system, he probably wouldn’t have waited so long to join the ProBrew Team.

Tower started in the dairy equipment industry, but he used to vacation near Amherst, Wisconsin. He spent a lot of time at Central Waters Brewing as a fan of their beer. Then one day something changed. “We took a tour of the place, and I was looking at their equipment,” Tower recalls, “and thinking, ‘Oh, man, this is my dream job! I’ve got to do this for beer.’” He went out and applied for a position with ProBrew.

Now, Tower will be working on a major new initiative for none other than Central Waters Brewing, one of Wisconsin’s most notable craft breweries. “I’m super excited to do this,” Tower says. “I’m literally reprogramming the system that inspired me initially.”

Meanwhile, Central Waters has been enjoying their ProFill 90S for almost 2 years. As we reported in these pages last year, adding a canning line helped them get new retail and on-premise placements—including at Lambeau Field, home of the Green Bay Packers. Paul Graham, president of Central Waters, and Shane Passwaters, director of operations, have been impressed with ProBrew. “There’s a lot of competition in their marketplace,” notes Graham. “What we’ve seen, running the 90S, [is that] their customer support and their staff is second to none.”

“They’ve literally earned our business through that,” he adds. “That’s what I tell everybody.” Add ProBrew President Derek Deubel’s admiration for Central Waters as a team and a brewery, and it sometimes sounds a little bit like the perfect fairytale partnership between supplier and brewery. “It’s a little embarrassing when you put it that way,” says Deubel, “but we’re really proud of what we’ve done with Central Waters, and we look forward to continuing to provide them with a high degree of quality equipment, technology and service in the future. We want to help them keep making great beer here in Wisconsin.”

Automating for the Future
The immediate future for Central Waters has two components. One of those involves increasing their canned beer output with a new ProFill 200, upgrading from 90 cpm (cans per minute) to 200 cpm. The majority of Central Waters’ packaging has always been in bottles, but several forces have aligned to push them toward even more canning in the future.

To begin with, cans go quick wherever they go to market. The flagship pale ale and IPA they started putting in cans saw sales increases of 15% and 20%. Then, of course, there are the new markets that have opened up. In addition, however, they have seen the costs of glass packaging increasing, and the state’s big grocery chain, Kroger, has expressed a preference for cans. In other words, canning has become increasingly attractive in terms of manufacturing and packaging as well as marketing and sales. They hope to make that change later this spring, once they figure out how to upgrade and configure other parts of their line to handle the higher capacity. The other component is upgrading their pilot system from a 3 bbl to a ProBrew 7 bbl pilot brewhouse.

“We’ve been running the 3 bbl for two years, now, and with the traffic we see in the tap room, the pilot beers go really quick,” says Graham. “You can’t get a whole lot out of a 3-bbl system,” adds Passwaters.

“With all these IPAs and fruit beers, the idea behind the 7-bbl is that we can justify packaging smaller or one-off beers and label them here and sell them out of the tap house.”

“We have a ton of stuff we want to play around with,” says Graham. 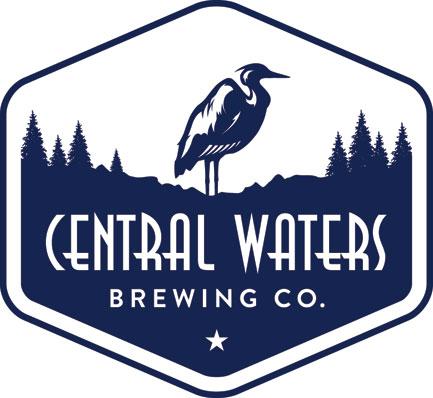 A Small Brewery Within a Large Brewery
The 7 bbl system will complement their 50 bbl production brewery and allow them to still be a creative small batch brewery while also running a large packaging and distribution program.

As Graham puts it, they effectively have a small brewery operating within the large production brewery. The one is tap room focused, the other distribution focused.

“Our thought is, the pilot brewery gives us the flexibility to continue brewing as many beers as we want and to focus on in-house sales with that,” Graham explains. “We’re in a town of 1,000 people, but we pushed almost 70,000 people through our tap room last year. For being in the middle of nowhere, that’s pretty good. We can run a beer on the 7 bbl system, throw it on tap, throw 30–40 cases worth in the retail cooler and get to see feedback from the general public.”

In other words, increased pilot capacity means increased ability to test the viability of new beers both in the tap house and out of the cooler. Each brewery scratches the other’s back. The production side creates space for experimentation, and the pilot side helps them make decisions one or two years out about limited-release beers that are worth putting into greater distribution. The custom-built ProBrew pilot brewhouse will also be hard-piped in, with CIP functionality, adding increased efficiency and convenience.

A Firm Believer in Automation
Along with the purchase of the pilot brewhouse, Central Waters wanted to improve its automation capabilities. While their existing QTS brewhouse had served them well, they ran into limitations with how far the manufacturer could customize their automation and controls (PLC).

“They’re a really good tank builder,” says Passwaters. “Programming and automation just isn’t their thing, though. They outsource it all.”

Passwaters felt inspired to do more than just get a new brewhouse: “We started saying, why just update the pilot system when we should be updating the entire automation system for the entire brewery.”

“I have a firm belief that quality goes up with automation simply because the computer is a lot more consistent than the human,” says Passwaters. “Where technology is today, we should be able to turn on an iPad or your phone and open a valve.”

That’s where Jake Tower and ProBrew comes in. Central Waters wanted a central PLC to control both the 7 bbl and 50 bbl systems—and they wanted remote access. Tower’s job will be to take all the specs and functionality that Central Waters wants, peak behind the curtain at their existing PLC, and start recoding it to make the old and new systems work together seamlessly.

“It’s risky because there’s so much unknown compared with a built-from-scratch brewhouse from us,” Tower admits. “We’re at the mercy of what it is and learning what’s wrong with it and fixing it properly without accidentally introducing more risk.”

The more automation and the more complex the system, the more sophisticated the underlying code needs to be. “We wouldn’t have given them this control system for just a 7 bbl,” Tower says, “but they want to tie in the 50 bbl, so we provided a top-tier package built on a modular PLC with the Cadillac Rockwell PLC software.” With TechniBlend as the parent company of ProBrew, this is an option used regularly for customers like Pepsi, Coca Cola, AB-InBev and others.

It’s not hard to see why he is so excited for this project: It’s not only a brewery he loves, but he gets to play with the fanciest software.

The new PLC will have a main terminal with a 22” stainless steel monitor as well as remote access capabilities.

“Basically, it’s making everybody’s job a little easier,” Passwaters says. “We’re saving probably a mile or two of walking every day just by giving our brewer remote access so he can, say, charge the hot water from the filler rather than going up to the brewhouse.”

As an added bonus, Graham explains, nobody needs to make special trips on the weekend: “We don’t operate the brewhouse on the weekend, but oftentimes tanks need to be crashed, so someone has to drive in to the facility and actually be here to turn the temperature down on a tank because fermentation is done, but now we’ll be able to do that from the comfort of our couch.”

“It saves time in the long run,” he continues. “Not having to run up to the front of the building to start a pump or open a valve. CIP process doesn’t take as long, we can get to packaging quicker, and most people have time later in the day to do other things.”
“There’s always more to do at a brewery,” Passwaters agrees.

Tech Support Goes a Long Way
Adding a new system and integrating it with the automation of an existing system takes a lot of careful planning and back and forth. Central Waters attests to ProBrew’s commitment to true partnership with their brewery customers.

“We run or have run equipment from pretty much every manufacturer in the world, and we know what everybody’s support is like, and there’s a reason we’ve come back to ProBrew,” says Graham. “Their tech support is the best we’ve ever dealt with. We’ve had some horrible tech support from some worldwide suppliers, and maybe that’s the idea. We’re not a multi-billion-dollar customer, so to them we’re a small fish in the pond.

“With a company like ProBrew, it didn’t matter if we bought one piece of equipment or an entire brewery, they just deliver good equipment and technology with world-class customer support.”