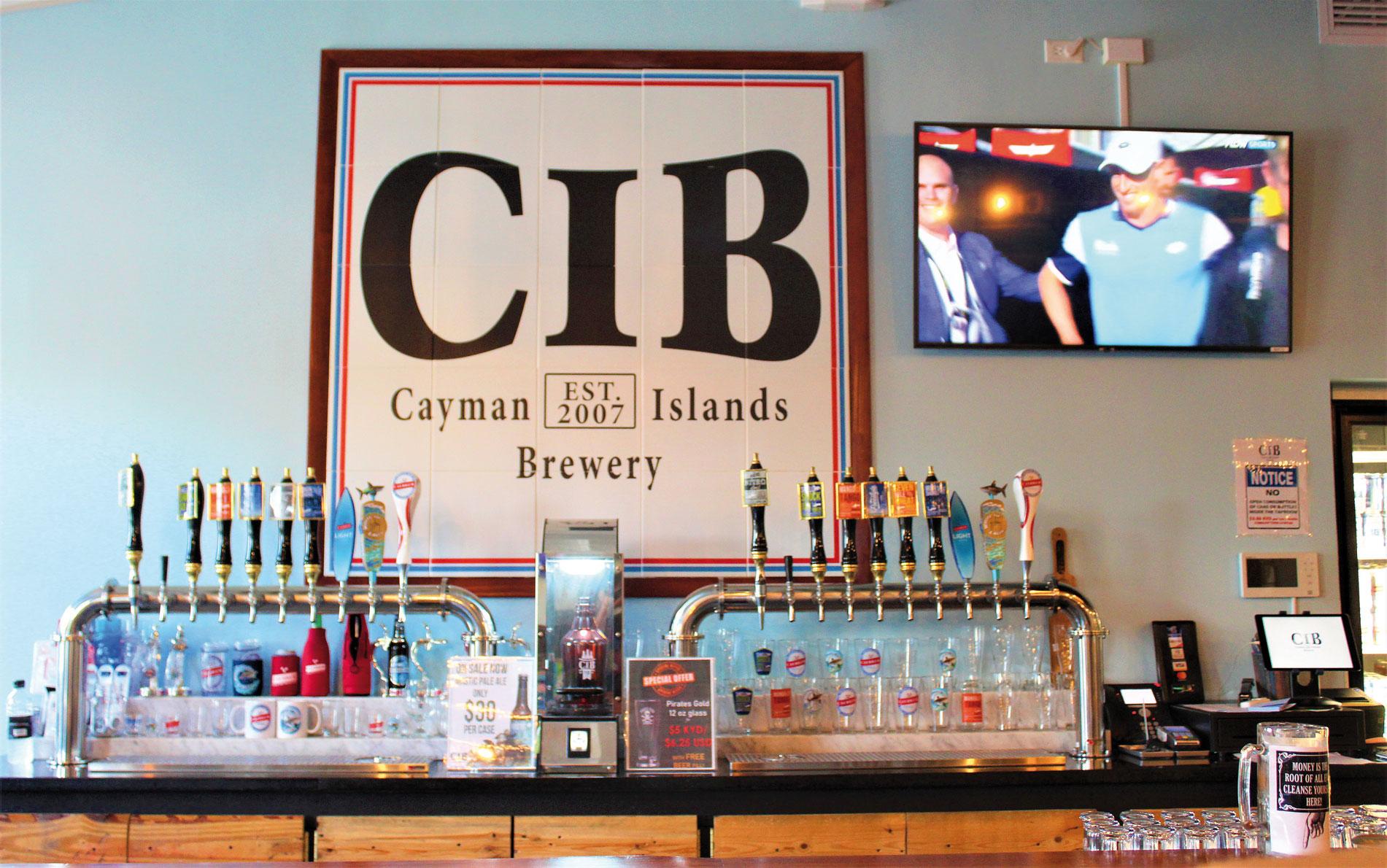 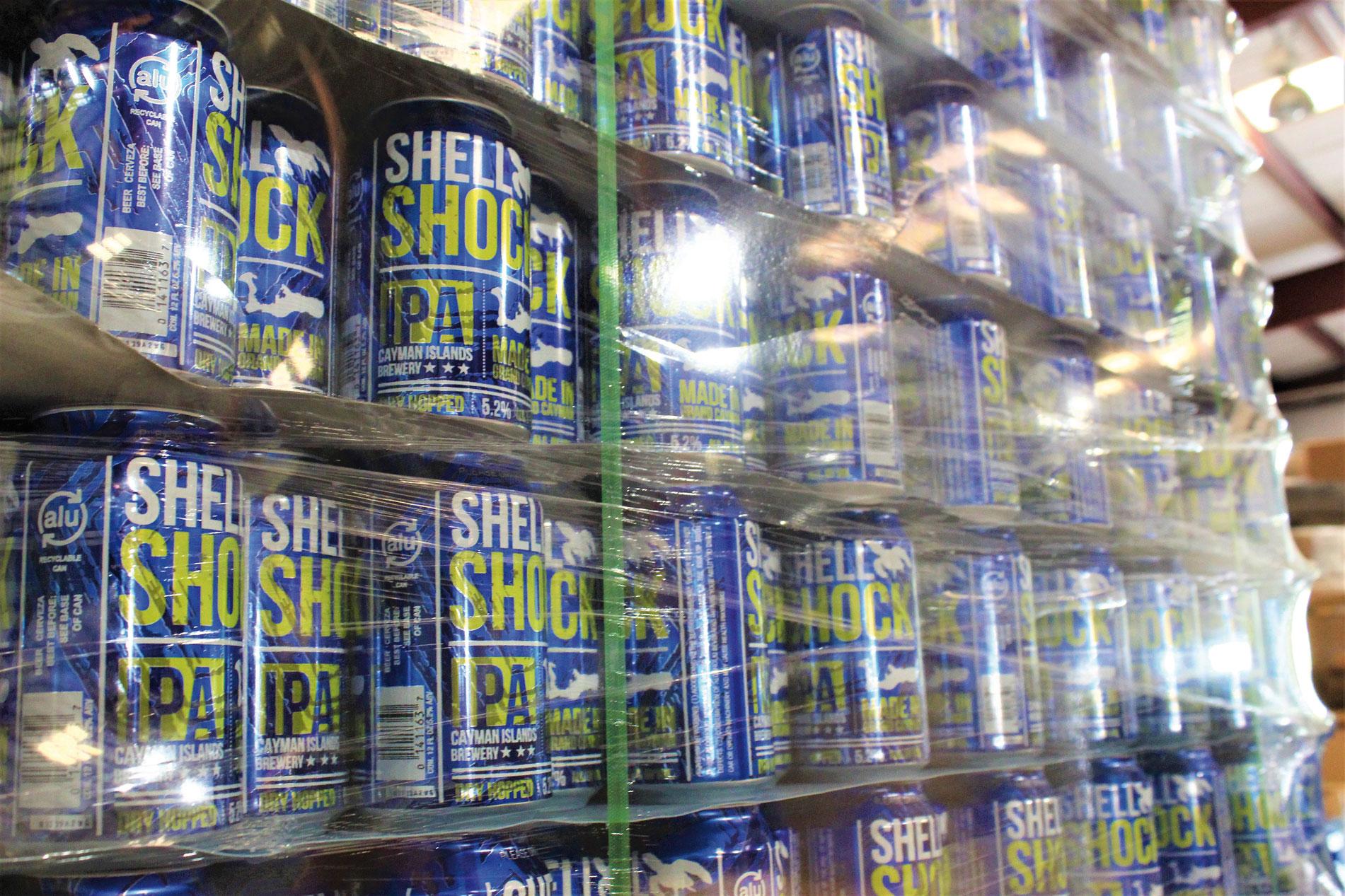 GRAND CAYMAN, CAYMAN ISLANDS – How do you build a brand in a market comprised largely of tourists? That’s the task Cayman Islands Brewing challenged themselves with, but it’s also the opportunity.

Chris Olson, technical manager at the brewery, which is also called CIB, for short, says they have strong investors eager to make their flagship, Caybrew Lager, the “national Cayman Islands brand.” The current brand leaders on the island are multinational imports like Heineken, Corona, and Michelob Ultra.

“We’re a very diverse island,” says Olson, “with a lot of Philippino, Cuban, English, South African, and Austrian people. We have lots of Jamaican expats who like their Heineken.”

CIB hopes to leverage being the largest local beer brewer and producer on the island to increase their market share.

Producing about 18,000 bbl annually, CIB has emphasized its easy drinking lagers over its heavier, traditionally craft brands. There’s a simple reason for that, says Olson: “The temperature is around 85 degrees Fahrenheit year-round. That makes it tough to introduce really hoppy, heavy or dark beers.”

Tourists, especially from the U.S., do go for their bock, stout, and ESB, but the name of the game in that climate is nice, easy, and light.

CIB mostly bottles because of the ease of recycling on the island, but they saw an opportunity in canning lifestyle beverages, and their old five-head canning line wasn’t up to the task. The ProFill 90S was “a perfect setup for someone of our size,” says Olson, “it fits in terms of output and capability, and works great with both standard and sleek cans.”

They will release two new specialty craft beverages in 12 oz. sleek cans, including “Freestyle,” a lo-cal, lo-carb, gluten-free beer targeted for travelers on the island.

“We’re really excited because Michelob Ultra is number three and growing around here,” Olson explains, meaning there’s an opportunity for something like Freestyle to be a local alternative.

A Responsive Partner in ProBrew
While shopping for new equipment and solutions, Olsen noted that ProBrew stood out to CIB for several reasons, not the least of which was that their parent company, TechniBlend, had experience working with overseas customers and could manage the logistics.

“In particular, we were impressed that ProBrew could be more responsive than some of the European manufacturers we were used to working with,” stated Olsen.

“Our bottling line is from the Czech Republic, and it’s a decent line, but I ordered parts five months ago and I’m still not sure when they’ll be shipped,” says Olson. “I know I can get in touch with ProBrew and they can connect remotely and see what’s going on and ship things really quickly. Not to mention they have a great reputation and have proved to be really great to work with.”

They have also appreciated ProBrew’s willingness to work with them on budget and convenience. It costs a lot of money to fly people down to the Cayman Islands to train CIB staff on using the ProFill. So, CIB will instead send some of their team up to Wisconsin, probably in May, to train on their machine before it ships. It’s a good chance to get technical questions answered while you have all of ProBrew at your fingertips.

“We look forward to working with ProBrew to grow and control our market down here,” says Olson.